Almost anywhere can be a budget destination — if you stick to low season, book far enough in advance and don’t mind a shared bathroom. But some places are just cheaper, or cheaper to get to, in general. That list can shift from year to year, so I asked the folks at Hopper, a company that uses big data to help consumers predict and analyze airfare costs, to help. They ran the numbers and came up with the countries where the cost of flights will have dropped the most from the first quarter of 2018 to the first quarter of 2019, as well as which currencies have weakened against the dollar. Here are the best of those destinations, sprinkled with a few wild cards. 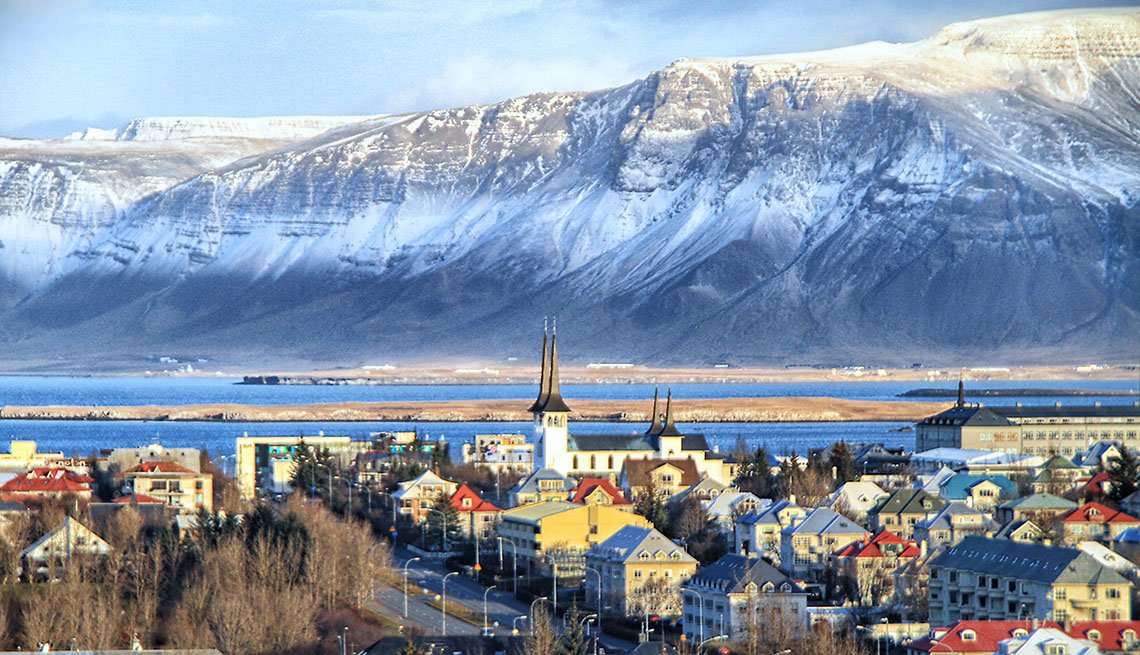 The natural splendour and welcoming small-town feel of Iceland make it an affordable getaway any year. And if you live in the eastern U.S., the boy is it close: just 5 1/2 hours from several East Coast cities. This year is looking especially good: You can get 18 per cent more Icelandic krona to the dollar than you did last year, and airfare is down 25 per cent for an average of about $502. (Two Icelandic carriers and JetBlue compete on several direct routes from the U.S.) In theory, things may get more expensive as the weather warms and the days lengthen, but as of mid-December direct, round-trip flights from Boston, New York and Washington, D.C., for next spring and summer were available for well under $500. 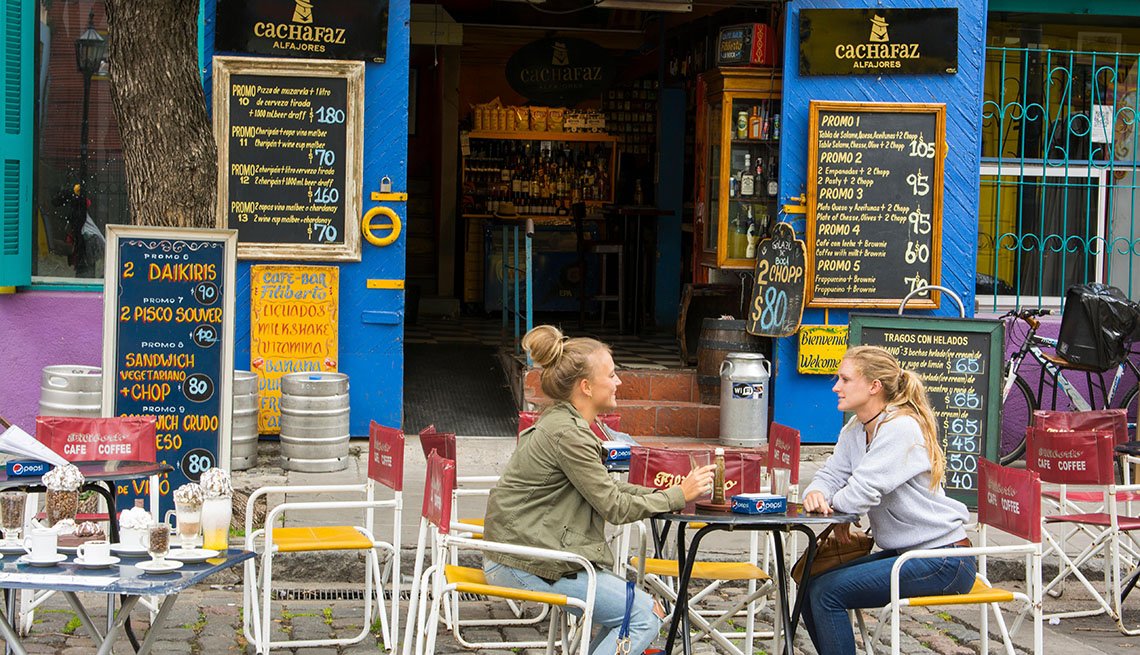 The Argentine capital mixes wannabe Parisian architecture with modern design in one city, and even better, great steak and incredible ice cream in one meal. The Argentine peso had been in slow decline for the last few years and then lost 54 per cent of its remaining value versus the dollar just in the last year. That means visitors can dine at all but the highest-end restaurants for the cost of what you might pay at a Manhattan diner. (Don’t feel bad, the economy needs your business.) The vast majority of hotels in town often cost under $100 per night. Do note that although airfare is down, too (2019 fares are 14 per cent cheaper than a year ago), getting there can still be pricey; you are likely to save with a layover in Bogotá, Mexico City or Panama City. 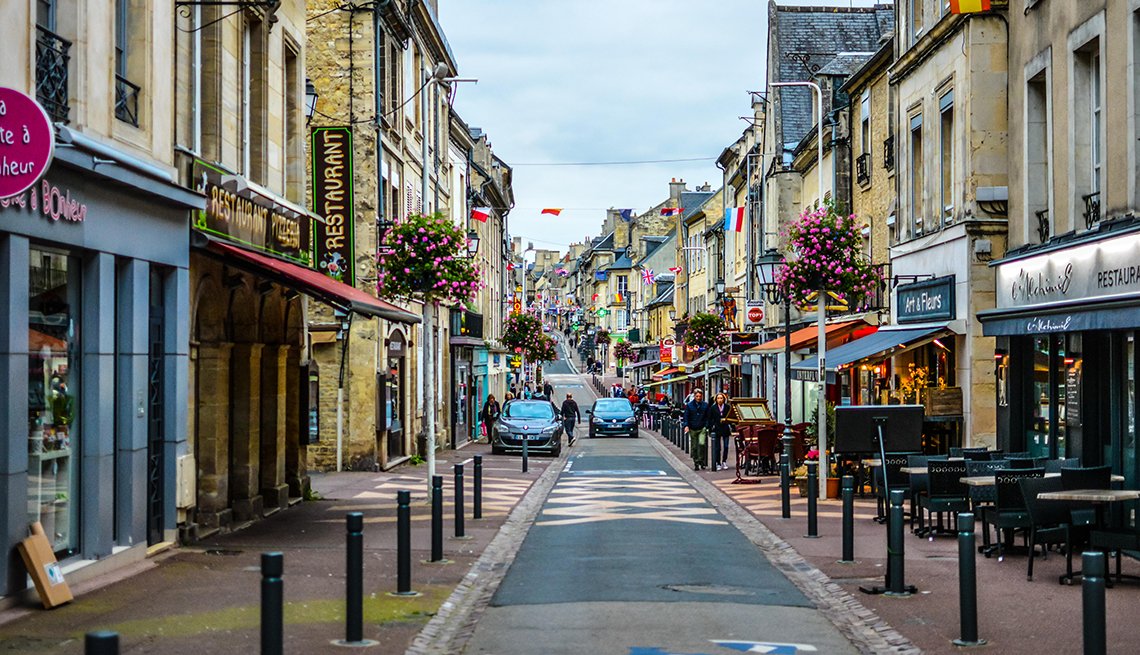 Next June 6 is the 75th anniversary of D-Day, which makes this an especially attractive year to attend Normandy’s annual festivities, including a World War II film festival. No, wait, what makes it especially attractive is that flights from the U.S. to Paris are an average 30 per cent cheaper than they were last year, and the euro is down 4 per cent to boot. Of course, France is never cheap, but as long as you get in and out of Paris fast (like, via an $11 bus to the Norman city of Caen) and reserve your lodging well in advance (like maybe tomorrow), it could be a relatively affordable trip. Hotel rates outside of Paris can be 25 to 40 per cent less than they are in the City of Light. 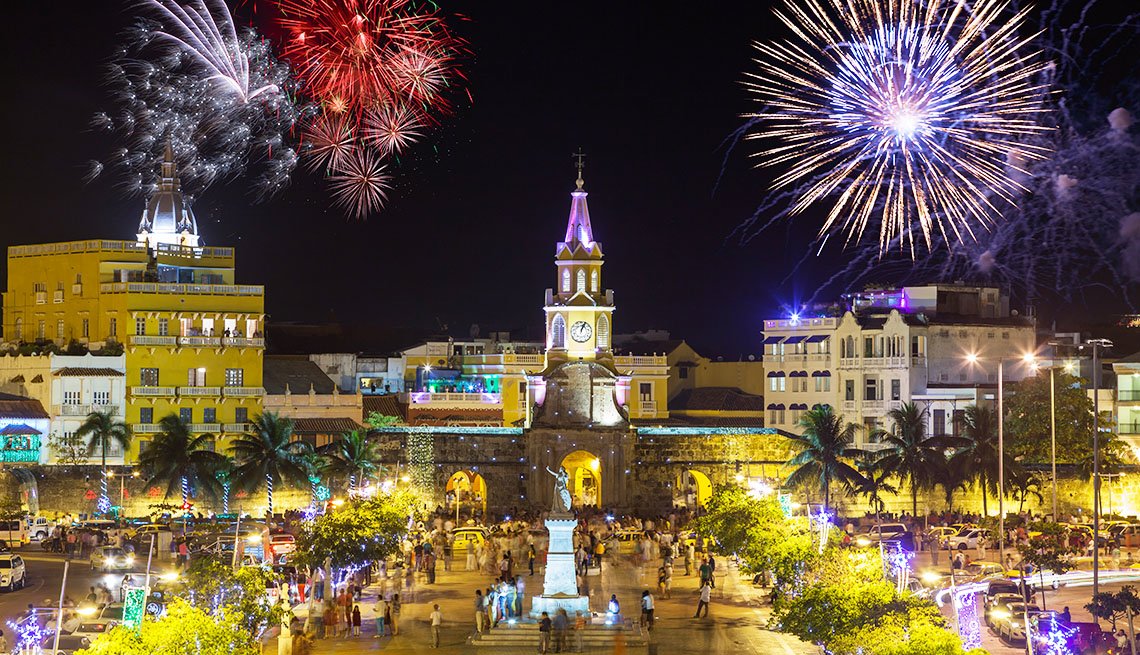 The peso has been weakening against the dollar for a decade, but that’s not why Colombia makes the list. It’s because of the annual flower festival in Medellin, the coastal beauty of Santa Marta, the magical white-washed university town of Popayán (where it’s practically impossible to spend $100 on a hotel), and so much more that makes it one of the most under-rated charmers in the Western Hemisphere. That’s in part because people have been watching too much Narcos (which took place in the 1980s), but also because people don’t realize how close it is: Bogotá is just 5 1/2 hours from New York or Washington, D.C., and seven from Los Angeles. (You can even fly from Miami to Cartagena on the Caribbean coast in well under three hours for less than $350 round-trip.) 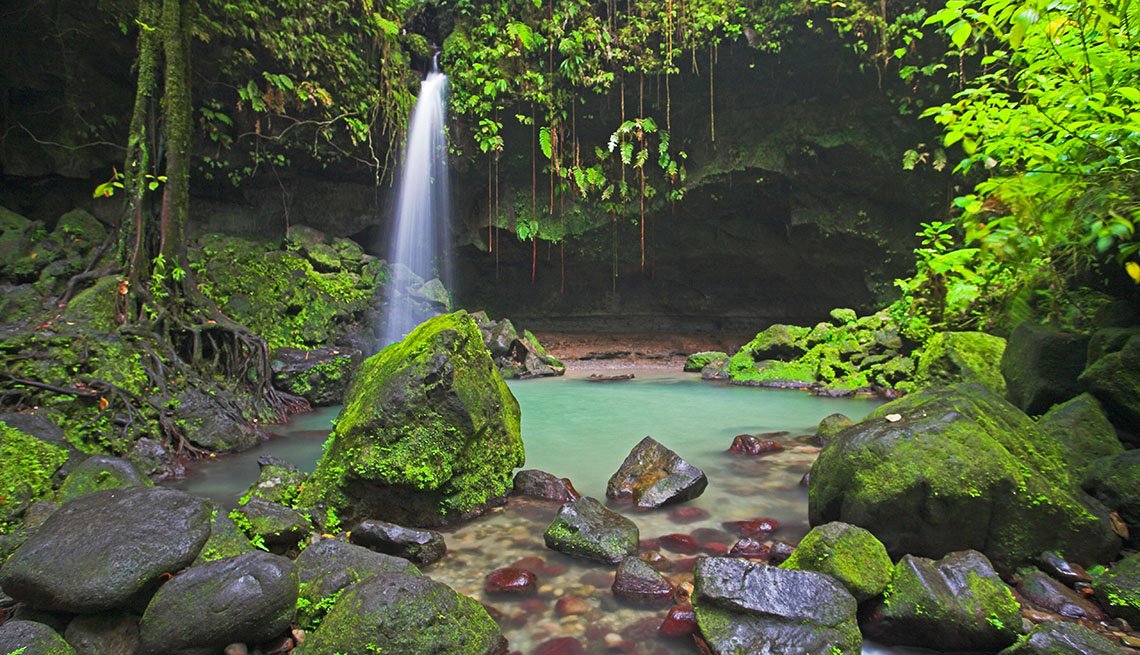 Always an offbeat choice for a Caribbean eco-tourism getaway, the intimate island nation of Dominica — about as big but much greener than Austin, Texas — was devastated by Hurricane Maria. But a Herculean effort by the government and volunteers has brought back most of the mountainous isle’s top attractions. Not all hotels have recovered and reopened their doors yet, but expect deals as they do (and at least two new hotels opening in 2019). New flights have helped drive down the cost of getting there from the U.S. (typically through Guadaloupe or Barbados) 33 per cent from last year to an average of $671, the biggest drop of any Caribbean country. 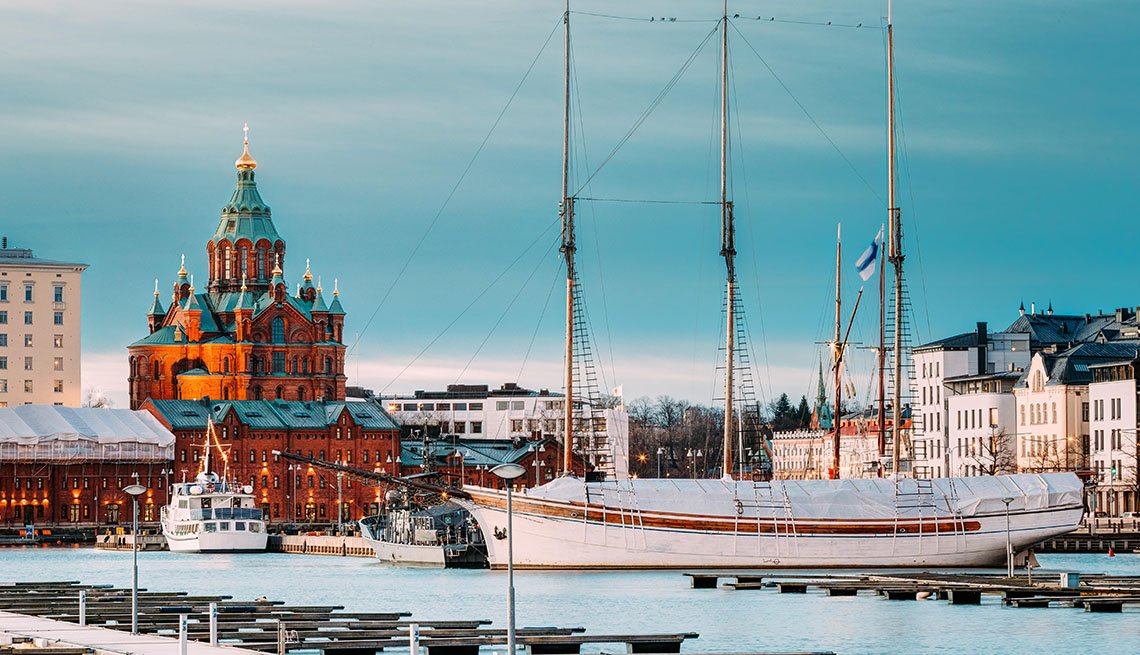 It’s a quirky pair to end with, but the Nordic-Baltic combo makes odd sense for budget travellers. Finland has seen a 35 per cent drop in the average price of flights to and from the U.S. in the first quarter of 2019, from $791 to $511. And Lithuania, a cheap 75-minute flight from Helsinki on Finnair, is one of Europe’s least-expensive destinations, with a less touristy and more local feel than its more popular counterparts. Rentals of full homes in the historic centre of the capital, Vilnius (a UNESCO World Heritage site), are still widely available on Airbnb for less than $60 a night in the peak summer season.

Seth Kugel is the former writer of the Frugal Traveler column at the New York Times and author of Rediscovering Travel: A Guide for the Globally Curious. 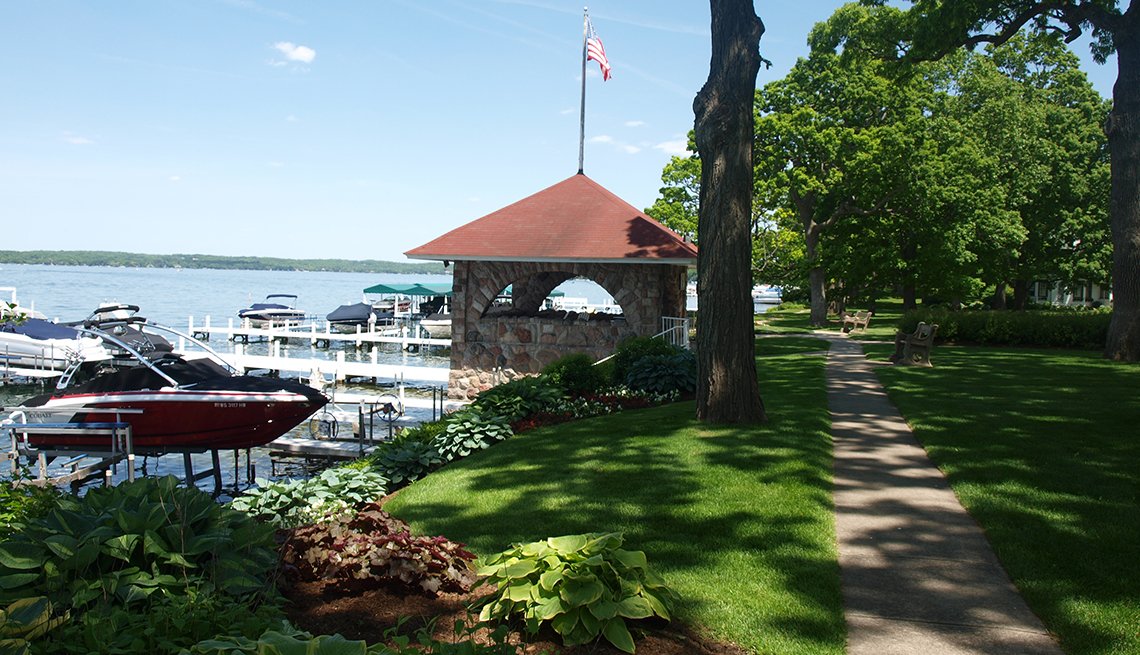 Manage your email preferences and tell us which topics interest you so that we can prioritize the information you receive.