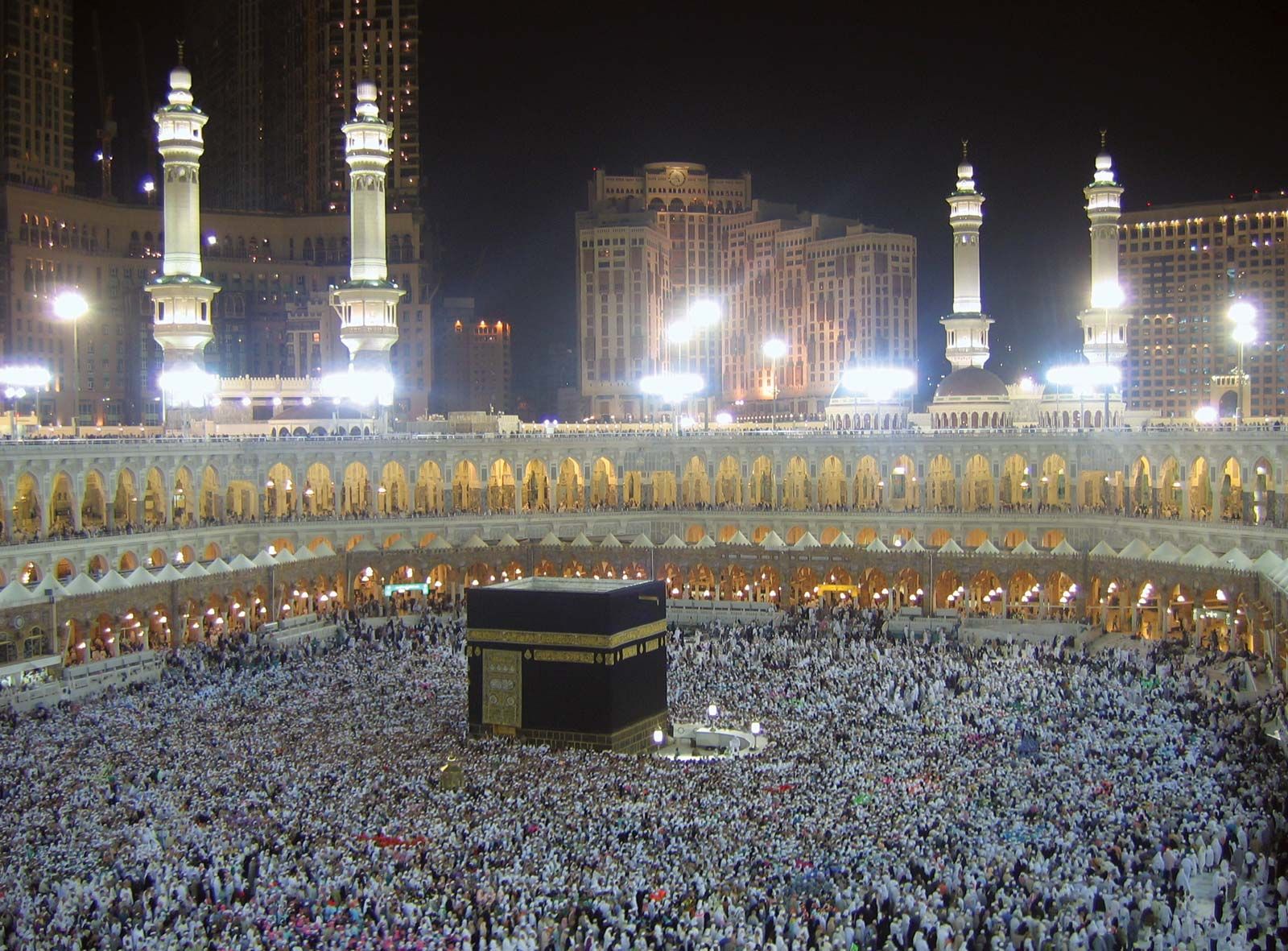 Hajj, also spelled ḥadjdj or hadj, in Islam, the pilgrimage to the holy city of Mecca in Saudi Arabia, which every adult Muslim must make at least once in his or her lifetime. The hajj is the fifth of the fundamental Muslim practices and institutions known as the Five Pillars of Islam. The pilgrimage rite begins on the 7th day of Dhū al-Ḥijjah (the last month of the Islamic year) and ends on the 12th day.

The hajj is incumbent on all Muslims who are physically and financially able to make the pilgrimage, but only if their absence will not place hardships on their family. A person may perform the hajj by proxy, appointing a relative or friend going on the pilgrimage to “stand in” for him or her.

The pattern of pilgrimage rites was established by the Prophet Muhammad, but variations have arisen in it, and the stringent formal itinerary is not strictly adhered to by the mass of pilgrims, who frequently visit the various Meccan sites out of their proper order.

When the pilgrim is about 6 miles (10 km) from Mecca, he or she enters the state of holiness and purity known as ihram and dons the ihram garments; for men they consist of two white seamless sheets that are wrapped around the body, while women may wear sewn clothes. The pilgrims cut neither their hair nor their nails until the pilgrimage rite is over. They enter Mecca and walk seven times around the sacred shrine called the Kaʿbah, in the Great Mosque, kiss or touch the Black Stone (al-Ḥajar al-Aswad) in the Kaʿbah, pray twice in the direction of the Maqām Ibrāhīm and the Kaʿbah, and run seven times between the minor prominences of Mount Ṣafā and Mount Marwah. On the 7th day of Dhū al-Ḥijjah the pilgrims are reminded of their duties. At the second stage of the ritual, which takes place between the 8th and the 12th days of the month, the pilgrim visits the holy places outside Mecca—Jabal al-Raḥmah, Muzdalifah, and Minā—and sacrifices an animal in commemoration of Abraham’s sacrifice. Male pilgrims’ heads are then usually shaved, and female pilgrims remove a lock of hair. After throwing seven stones at each of the three pillars at Minā on three successive days (the pillars exemplify various devils), the pilgrim returns to Mecca to perform the farewell ṭawāf, or circling, of the Kaʿbah before leaving the city.

About two million persons perform the hajj each year, and the rite serves as a unifying force in Islam by bringing followers of diverse background together in religious celebration. Once a believer has made the pilgrimage, he or she may add the title ḥājjī or ḥājjiyyah, respectively, to his or her name. The pilgrimage, if performed properly, is believed to wipe out previous sins for the sincere believer. Compare ʿumrah.